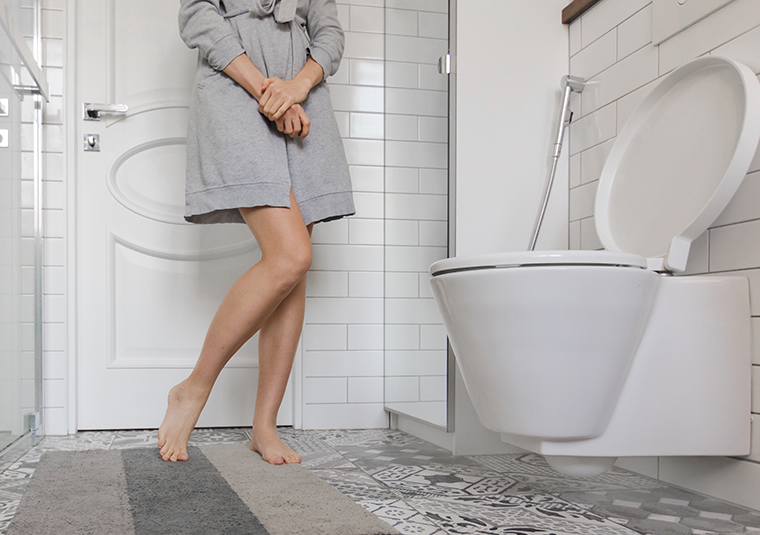 Recently, urinary disorders have received greater attention. This is due to the pronounced negative consequences of this pathology on a woman’s quality of life, resulting in reduced social interaction, depression, neuroses and sexual dysfunction.

The International Continence Society (ICS) defined the disorder as «involuntary loss of urine that is a social or hygienic problem» accompanied by signs of uncontrollable release of urine.

As of today, there are three general types of urinary incontinence:

According to various literature, the most significant risk factors for urinary incontinence in women are:

The choice of treatment method depends on the type and severity of the disorder.

One modern and effective method for treating different types of urinary incontinence is biofeedback (BFB) training of the pelvic floor muscles, which uses the compensatory reserves of the human body.

The biofeedback method started being successfully applied in gastroenterology and urogynecology in different countries in the 1970s. Subsequently, there was a development of procedures for treating eye and nerve diseases as well as for orthopedic rehabilitation. Currently, the biofeedback method is widely used in many countries, including Russia.

The basis of modern urinary incontinence treatment with the Callibri BeFit PRO biofeedback system is a program of pelvic floor muscle exercises aimed at improving the tone of the muscles and developing strong reflexive contraction in response to a sudden increase in intra-abdominal pressure.

The main challenge is the inability of 40–60% of patients to contract the pelvic floor muscles separately, especially since these muscles are anatomically hidden. Instead of activating the pelvic floor muscles, patients usually contract the antagonist muscles, namely, the abdominal, gluteal and hip muscles, thereby increasing the intra-abdominal pressure even more. It is evident that such exercises are not only ineffective, but may also exacerbate urinary incontinence.

The goal of training different pelvic muscle groups separately can be achieved more effectively using the biofeedback method with the assistance of the Callibri BeFit PRO device, as the patient receives visual information, which allows her to ensure the correct performance of the exercises.

The clinical rationale for this method is twofold. First, there is continuous interaction between the patient and physician, and second, the tone of the pelvic floor muscles is quantitatively assessed during the exercises using special intracavitary electrodes and sensors that generate an electromyogram of these muscles.

The duration of a daily session varies from 15 to 20 minutes. The course of treatment consists of approximately 15 sessions. When necessary, the clinical effect can be reinforced by repeating biofeedback therapy 2–3 times per year.

The effectiveness of the biofeedback method has been demonstrated in multiple clinical trials.

An extensive analysis of clinical trials indicates that systematic biofeedback training of the pelvic floor muscles performed under the supervision of medical staff resulted in recovery for 20% and improvement for 47% (p = 0.01) of women with different types of urinary incontinence compared with patients who did not receive treatment.

Analysis of published data identified the following indications for biofeedback therapy in urogynecology:

Get in touch with us!

Send us a message

to preorder or to get more info about the product

Your message has been sent.